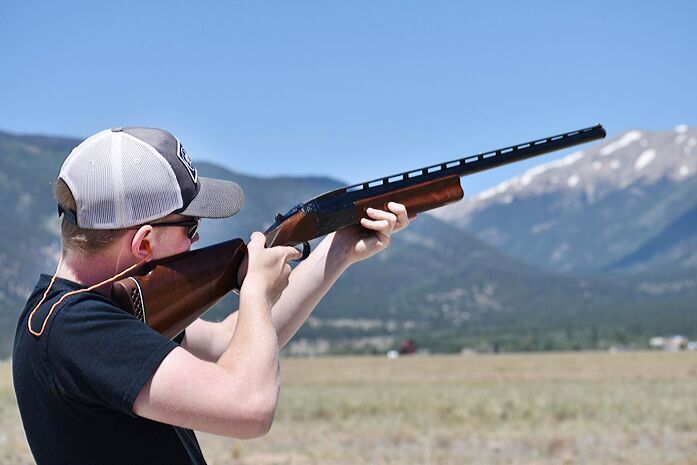 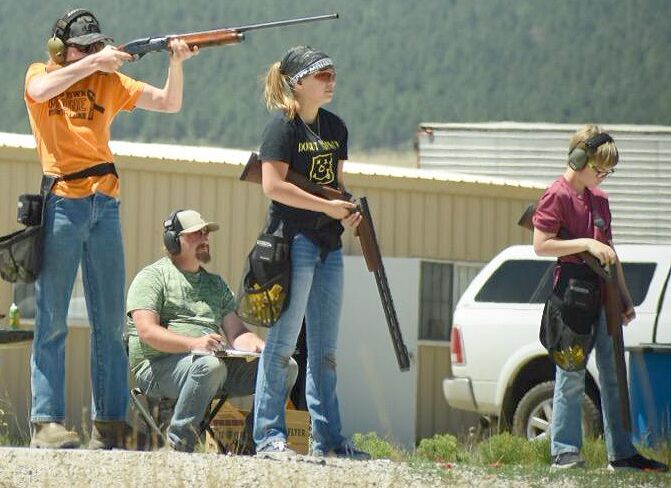 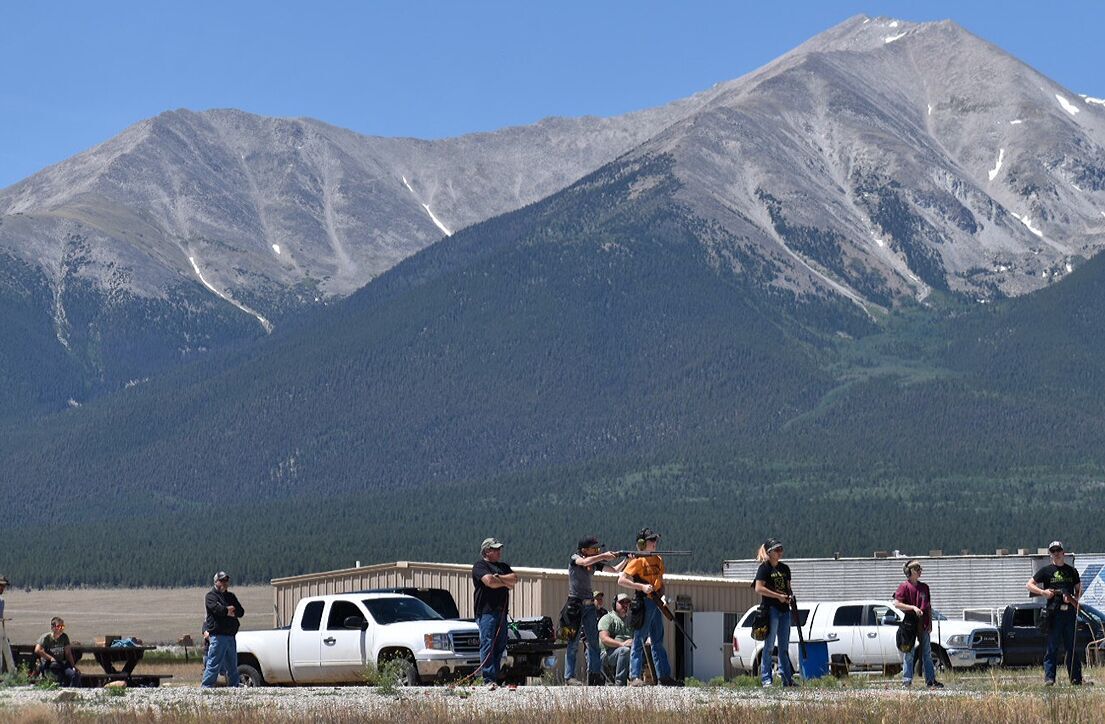 Buena Vista High School’s newest official team sport was one of the very few that was able to complete its season in spite of COVID-19 pandemic shutdowns and closures.

The school’s 11-member clay target shooting team competed in the 1-A conference 2 competition and finished “as strong or stronger than the other competitors in their conference battling unpredictable mountain wind, cold and spring rain and, of course, quarantine,” said head coach and range safety officer Jake Farber.

For Nagel, the target shooting season offered her an opportunity to finish her junior year having competed in three sports after her track season was cut short.

As a hunter, Nagel said the sport also allowed her to develop her marksmanship skills.

“It honestly surprised me how much I needed to work on,” she said. In particular, learning to shoot open sight rather than with a scope, as she usually does when hunting, was a challenge, she said.

In the men’s category, Yakov Foley scored 24, one target away from a perfect score, twice.

Clay target shooting is the sport of marksmanship in which competitors try to break airborne clay disks by firing at them with a gun.

Despite the sport involving firearms, Farber said clay target shooting boasts the lowest injury rate of any sport. Or, perhaps it’s precisely for that reason that the sport places such an emphasis on training and safety, beginning with an 18-segment gun safety program to receive Clay Target League-approved firearm certification.

Some parents were concerned about the safety of the sport, Farber said, but “the greatest fear is the fear of the unknown.

“Several of the student athletes that we have, they didn’t even own a gun,” Farber said. “We taught them safety.”

“Some of us were starting at point one,” Nagel said. “We definitely had to help each other out.”

The sport is suited for the quarantine era in that its competitions are always held remotely. The BVHS team would go to the shooting range of the Buena Vista Sportsman’s Club at the Rodeo Grounds and record their own scores that are matched against those of teams across the state.

“The Buena Vista Sportsman’s Club has been such a huge asset,” Farber said. In addition, the team received equipment donations from the Salida Gun Club.

Farber, a former wrestling coach at BVHS, is a trap shooter and saw the value in teaching the sport to young people through his sons, who he said learned responsibility through the sport.

He saw the same transformation begin in the BVHS team’s first season.

“Seeing student athletes advance so rapidly … That is just cool. They advance so well, so fast, it’s remarkable,” he said.

Success in clay target shooting is “mostly a concentration thing,” Farber said. “I try to teach them not to count, because then you’re focusing on something other than hitting the target.”

At the championship match, “We all just had to tell ourselves it’s normal,” Nagel said. “We went out there, and we all shot our best.”

For her third place win, Nagel shot a 22, 19 and 17. When the sport returns, she intends to work on becoming more consistent.

Target shooting is all about focus for her. “For me, it’s all mind … Nobody else is there, it’s just me out there, making sure my cheek is at the right place on the stock. I need to tell myself ‘I will hit this.’”