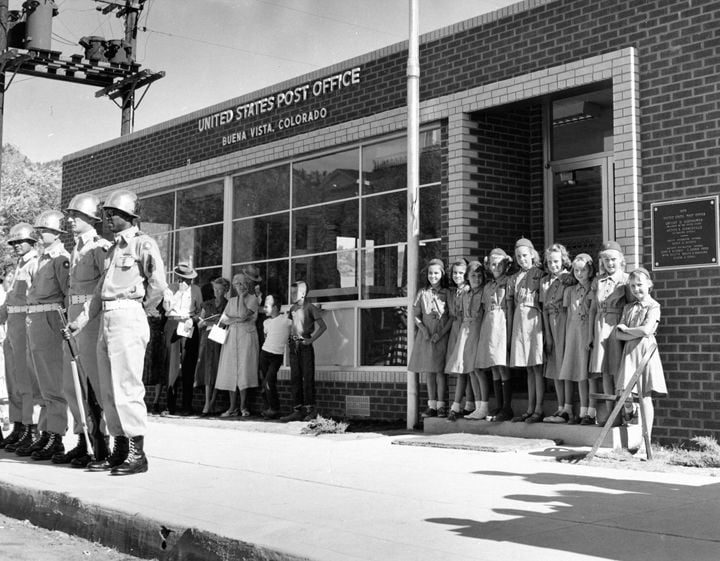 If you can identify this location, call Suzy Kelly, 719-395-2572, or e-mail skellyranch@gmail.com. The first with the correct answer will be recognized in the next column.

If you can identify this location, call Suzy Kelly, 719-395-2572, or e-mail skellyranch@gmail.com. The first with the correct answer will be recognized in the next column.

The last photo was identified by a lot of people. The first two were Walt Stauffer who called and Shelly Mueller who emailed.

This is now Re/Max office on the south corner of Main and Court streets. This was the second building in town that was built specifically for a post office. The photo was taken at the opening of the new post office in 1959. I can’t quite read the dedication plaque on the building. But Eisenhower was president; I can read that.

The lady holding her purse is Lora Turner from the Turner Farm family. The 10 girl scouts were there for the dedication.

The first Buena Vista post office was at the McPhelemy Ranch, then moved into town in part of the building where The Lariat is located. It was a post office/stationery store.

The first building built as a post office in town is where Rustic Woods now is located.